Cardona (cat. Cardona) is a city and municipality in Spain, included in the province of Barcelona as part of the autonomous community of Catalonia. The municipality is part of the Bajes district. It covers an area of 66.70 km². It had a population of 5182 people in 2010.
Cardona is located in the valley of Salina. Salina Valley (La Vall Salina) is a place where natural salt layers have formed over several million years. The mountain range has the shape of an elongated ellipse. The massif borders the Cardener River in the east, the Tresserres mountain range (Tresserres) in the south, Gran Bofia (la Bòfia Gran) in the west and the Sierra (the city itself and Cardona Castle) in the north. In total, the valley area encompasses 100 hectares. The whole territory is included in the State Plan of Natural Interests of Catalonia (el Pla d’Espais d’Interès Natural de Catalunya).
Mining has long been a crucial part of the location of the city and the castle of Cardona. The exploitation of salt deposits and the establishment of the viscountcy Osona (vescomtal d’Osona) in the castle led to the fact that Cardona Castle and the city created a powerful jurisdiction in the Cardenar River region between the 12th and 14th centuries. By the 15th century, the power of Cardona extended over a vast territory about 60 km long and about 50 km wide. Read more about the history of the region here.
Tourism and attractions in Cardona
Today Cardona with a population of 5,000 is one of the tourist centers of Catalonia. Every year more than half a million tourists visit the city, mainly from Spain and France.
Among the main attractions is the Castle of Cardona (El Castell i la Colo • legiata de Sant Vicenç). 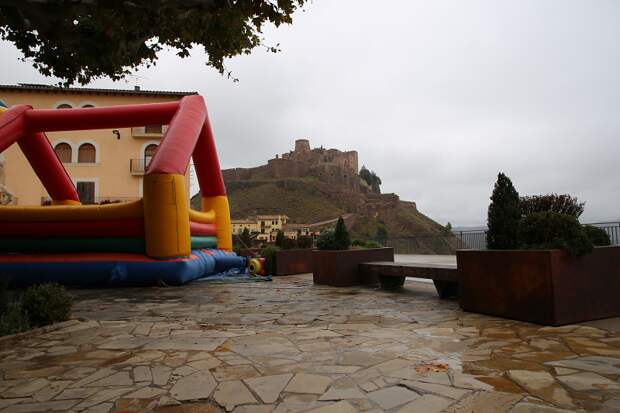 Since ancient times, man has sought places on high ground to build fortresses that would allow him to control a territory. In Cardona, the geographical location of the castle corresponds to the need to protect access to the salt deposit and control over the valley of the Cardener River.
Built on top of a mountain to control the land around the Cardener River Basin, Cardona Castle was from the 11th to the 15th century the main residence of the Lords of Cardona. The castle complex is divided in half between the majestic pavilions and the canonical Romanesque chapel of Sant Vicenç. The architectural complex includes the Tower of Minion (Torre de la Minyona), the Ducal Palace (Pati Ducal), and numerous defensive bastions. 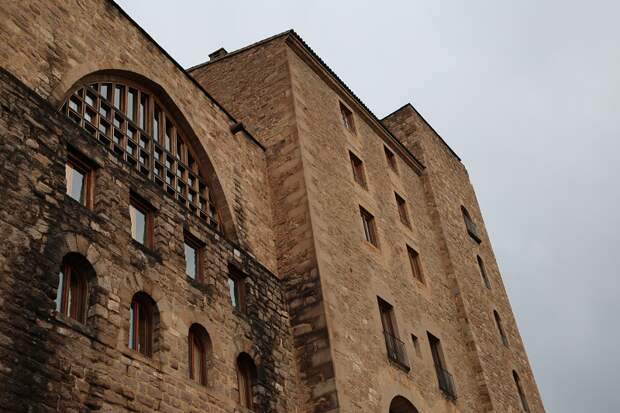 Cardona Castle is an excellent example of military fortification, which shows the evolution of military art from the Middle Ages to the modern era. The castle was home to one of the country’s most important noble families, and protecting the exploitation of salt mines meant that its fortification was impregnable. The power of the castle as a military fortification is proved by the fact that the castle was taken only once during the war for the succession of the Spanish king, Felipe 5 (1711-1714).
The chapel of Sant Vicenç is original, dating from the 11th century, and was consecrated between about 1029 and 1040. This is a magnificent example of Romanesque architecture which has a three-nave basilica plan. In the chapel there are also several tombs and pantheons belonging, in particular, to Duke Ferran I and Count Joan Ramon Folt I.
Currently, the castle is a four-star hotel, restaurant and cafe with a great view over the valley.

The castle is open to the public; however, guided tours are possible only on Saturdays and Sundays (tel. 93 869 24 75).
Among the museums of Cardona is the medieval center (Center Cardona Medieval) – another attraction of the city. Located on the Plaza de la Fira (plaça de la Fira), opposite the Cardona Town Hall, this center helps to highlight the city’s history and cultural heritage. The permanent exhibition with extensive graphic and audiovisual accompaniment explains the emergence and evolution of the city, and the construction of the fortress of Cardona, which has defended the city for over five hundred years. 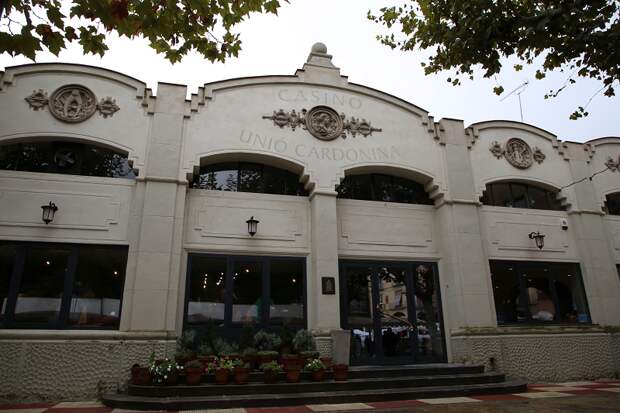 A virtual tour offers a visit through the most significant historical sites, including visiting the parish church of San Miquel with its magnificent Gothic nave. The Church of Sant Miquel is an example of Catalan Gothic architecture. The church was consecrated in 1397. Inside the temple there are two side altars and crypts of holy martyrs.
More